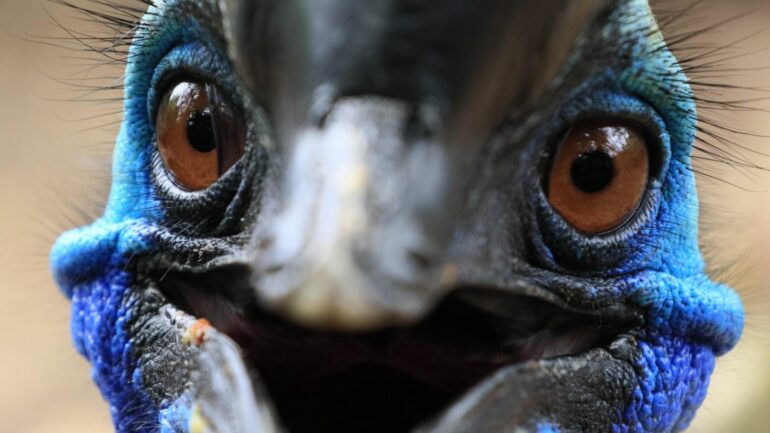 If you’ve never heard of a cassowary, it’s time for us to let you know about the world’s deadliest bird.  A cassowary is a flightless bird that is native to parts of Indonesia and Australia.  A specific type of cassowary is categorized as the third heaviest and tallest bird in the world.

So how big are we talking?

This is definitely not a bird you want to mess with.

In Florida this past Friday, an owner of one of these birds made a call to 911 reporting that he had been attacked by his own cassowary.  After a second call was made, emergency crews arrived at the scene.  The Florida man later died from injuries sustained from his pet bird.

So how exactly does the cassowary attack its prey?  A Youtube video from 2014 titled “World’s Deadliest Bird” shows how the cassowary propels itself at its prey and uses their tremendous claws to attack. (Around the 1:25 mark is where they discuss how it attacks.)

Although it’s rare for people to have cassowaries as pets, there are owners across the United States. In Florida, to be able to host this type of bird, the Florida Fish and Wildlife Commission requires owners to have tremendous experience with them.

Wear This, Not That: The Right Colors For Your Skin Tone